For a project all about helping staff understand their own department, I nurtured stakeholders to think about these users first and foremost, then re-inforced this ethos throughout the project.

NDA Work: I cannot show workings or the final result of this internal project, but discuss my process here.

My involvement began with the kick-off workshop where I met the stakeholders: Linda Kerr was the product owner and Training Manager for Product Capability Team; Robert Freshwater the Commercial Systems Manager; Claire Turner the Capability Manager;  and Andrew Charlick a Finance Analyst;

The workshop began with their introduction and the usual corporate slide decks of jargon, business directives, and departmental "priority content".

When it was my turn, I got us to our feet and stuck post-its on the wall: 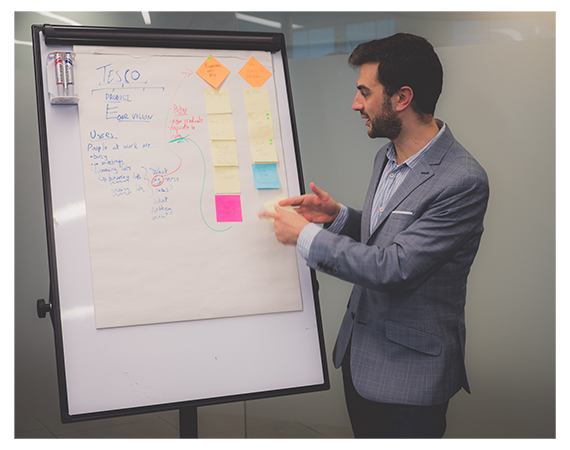 I ensured the focus of the workshop was the actual users and not corporate slide decks.

The slide decks were immediately forgotten as we talked about people, their struggles, and the real problem we needed to solve.

I encouraged the stakeholders to then prioritise these user needs, which let me next create post-it note user journeys.

I concluded the workshop with a very clear persona of our core user, how they would use the site across mobile and desktop scenarios, and best of all the client stakeholders were now 'switched on' to this user-centered vision. 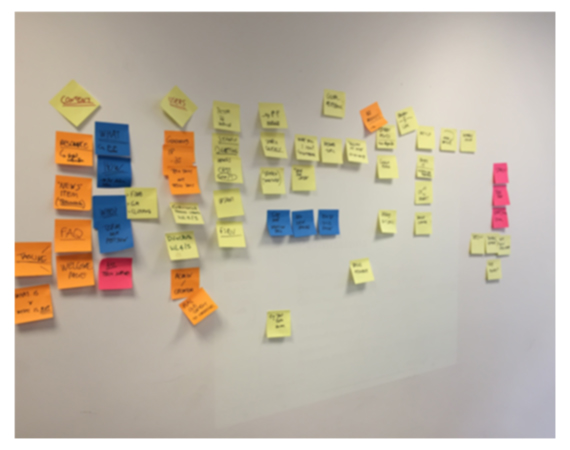 The kick off workshop then produced great user stories to work with.

With the core user persona clear in my mind, I prototyped a responsive website using the journeys and example content discussed in the workshop.

For all of my playbacks to the client, I wrapped the prototype in storyboards of characters that recreated the exact scenarios from our workshop.  From a quick mobile use in the midst of a meeting, to a follow up desktop session when the user has time, to a meeting the next day when the user is now fully informed about their department.

This framed my work in the context of an actual situation for real users, and ensured the client remained tuned in to a user-centred vision.  Actually showing a story of the product being used and empowering the user really hit home with the client.

Gone was the departmental priority content and business jargon - we were now iterating a simple, valuable experience that we all felt would be a genuine help to staff. 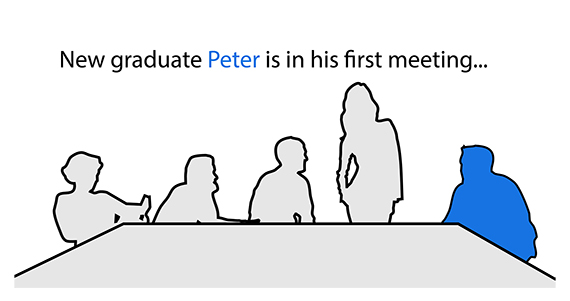 A sample of my storyboard I used to present the prototype in, ensuring the persona we developed in the workshop was not forgotten.

After a few rounds amending, I was ready to test the final prototype on-site with a handful of core users (new graduates still learning their way around the department).

I made the session relaxed and casual to put the graudates at ease.  I explained the project to each of them then got them to narrate their use of the prototype for a specific task, and I gently asked clarifying questions when required.

This was the main client stakeholder's first ever user testing session, and they were clearly nervous and uneasy with what may be revealed.

But the testing was a huge success on a few fronts:

I left the client site thrilled at having nurtured very corporate minded stakeholders to become fully embracing of user-centered design and visibly ecstatic at the rewards it can reap.

The UX phase of the project was signed off, it moved in to visual design then was quickly built by our Architect 365 team for Tesco's internal site. 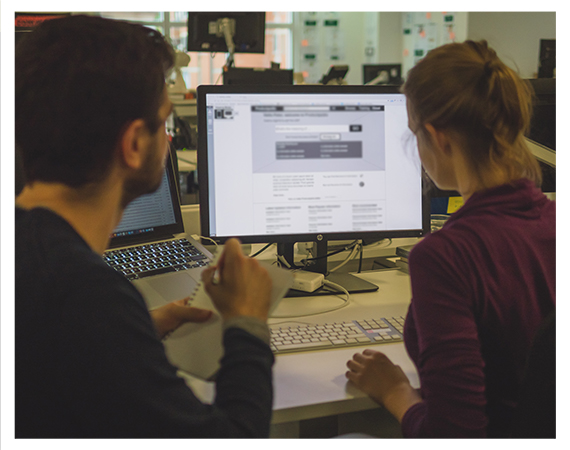 I ran on-site user testing in a relaxed, informal and effective way.

Continue to my next folio showcase: 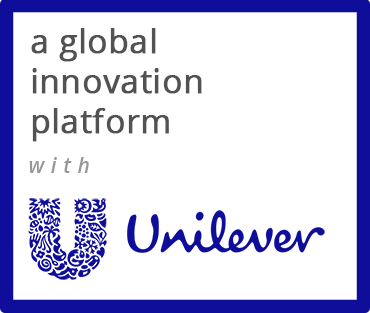 Where my advanced prototyping made me "an essential team member" to their global innovation platform.

Or return to my UXD page for an overview of what I do, my vision and an example idea of my context-driven passion.